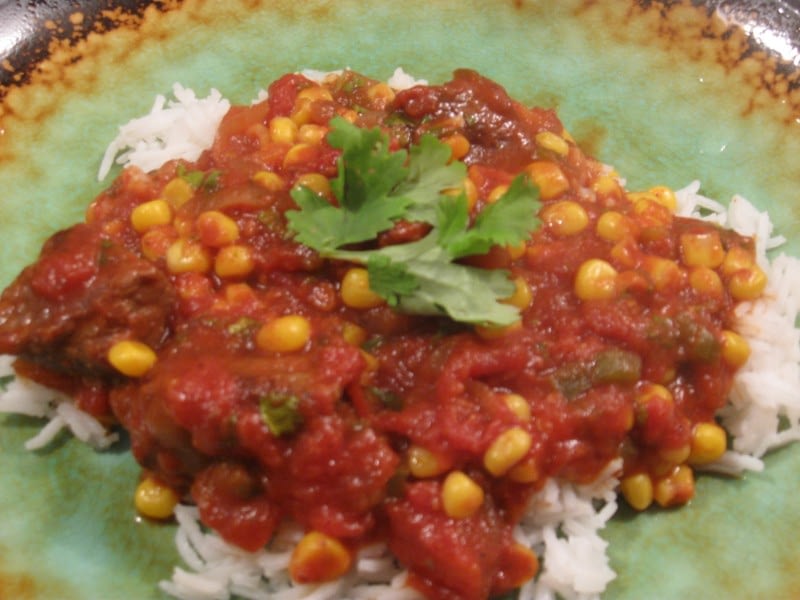 When we sat down to dinner, I told DH there was a secret ingredient in this Mexican influenced stew.   After a few mouthfuls, I think his eyeballs bulged, and I could not help myself, what started as a little chuckle, turned into howling with laughter.  We are actually wimps when it comes to heat.  I like a little, DH likes a little less than a little!  I can't help myself sometimes....I just need to add in some "kick" once in a while, or actually a lot!  And it was dang tasty too.
This was a recipe I originally found in a local newspaper years ago, then I lost the recipe.  So I was going on memory, and the one thing I do remember is the recipe called for Jalapeno Peppers, which I did not have.  However, I did have a jar of pickled Jalapeno Peppers in the fridge. Have you ever noticed, some jars of pickled Jalapeno Peppers are super mild, and then some jars are screaming hot?  Well.  I thought, a few tablespoons of chopped Jalapeno never hurt anyone, right?  I think we will not be having anything spicy for a while, or maybe a long while!
1 lb. of free range stewing beef
Olive oil
1 medium onion, sliced
3 minced garlic cloves
1/2 of a green pepper, diced
one 28 oz. can of whole tomatoes, chopped up
1/2 cup minced cilantro
1 Tblsp. chili powder
2 tsp. ground cumin
salt and pepper
2 -3 Tblsp. diced Pickled Jalapeno Peppers or use 1 fresh diced Jalapeno Pepper
1  5 1/2 oz.  can of tomato paste
one 12 oz. can of drained Corn or 1 cup of frozen corn
Heat up a dutch oven on medium high heat.  Add in a good drizzle of olive oil, and brown the stewing beef in batches, and set aside in a bowl.  Add the sliced onions to the pan with a splash of water, scraping up any brown bits.  Saute, about 10 minutes until caramelized.  Turn the heat down a bit then add in the green pepper, chili powder, cumin and garlic saute for another 5 minutes, and return the beef to the pan. 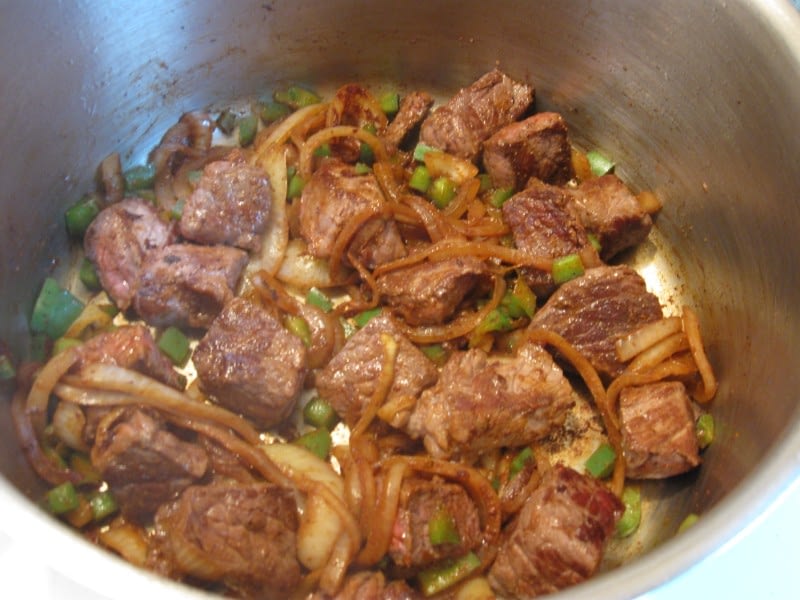 Pour in the tomatoes, season with salt and pepper, turn to low, cover and simmer 1 1/2 hours, stirring occasionally. 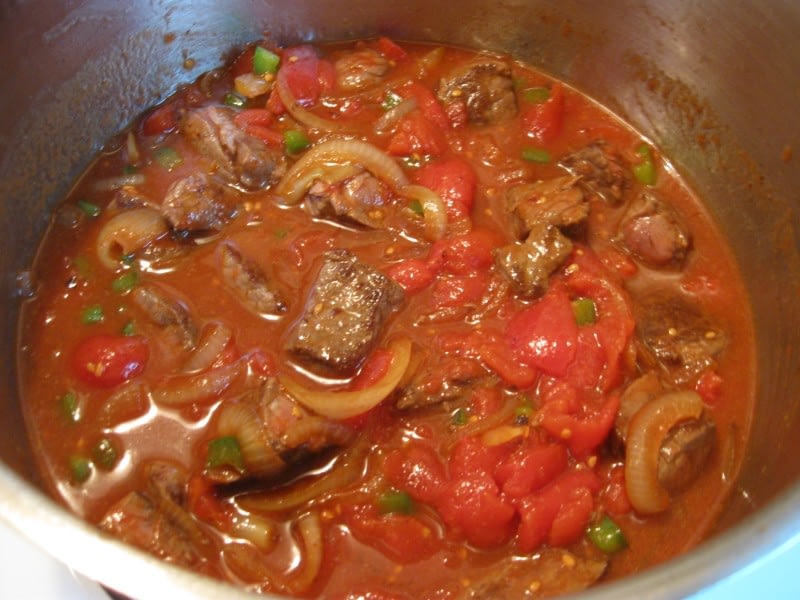 After 1 1/2 hours of simmering, add in the corn and the can of tomato paste, stirring to combine, and return to a simmer, for another 3-4 minutes.  Then add in the cilantro, mixing well, and remove from the heat.  Serve hot over rice.

2 comments on “A SPICY MEXICAN STEW”