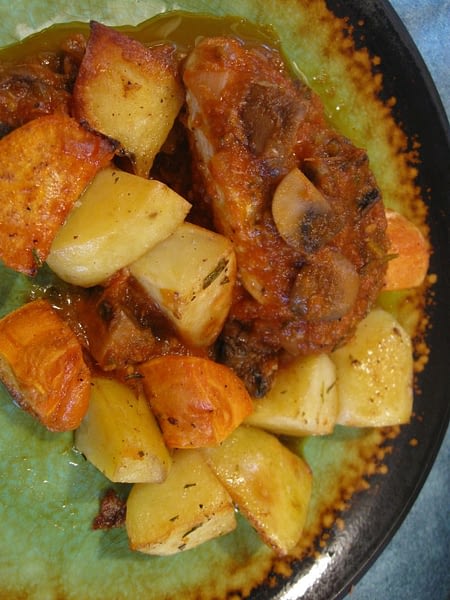 This was a two part meal, as I started the roasted tomato sauce in the morning.  I knew I would use chicken breasts for the meat, and then I was thinking to steam up some rice to have along side of it.
As the day progressed, things got busy, really busy.  By the mid afternoon, we had purchased a new dinning room set: 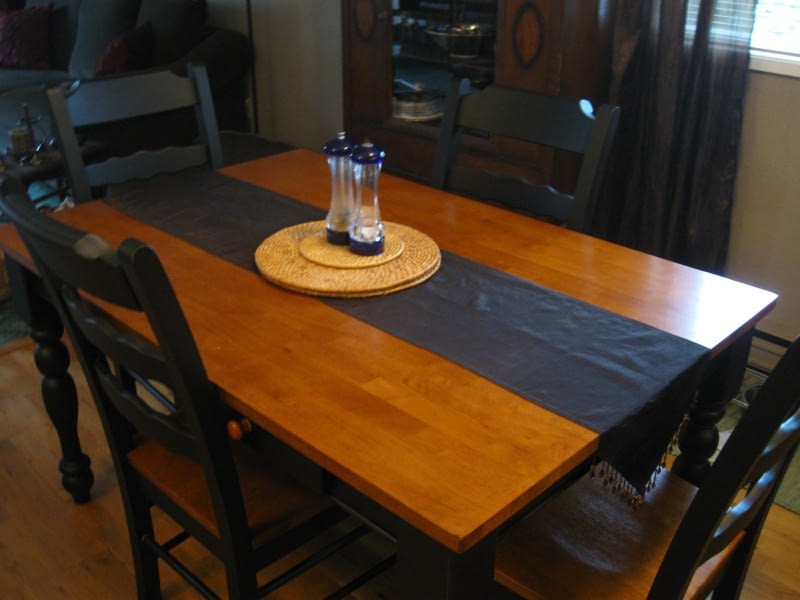 I had been looking for a new set for a while, as our other set was just too small.  Then we came upon this one, and I was thrilled!  Well, it turns out this bruiser is seriously heavy.  Seriously heavy.  By the time we got it home, and up the stairs and then assembled, my DH was sweating profusely and becoming cranky from low blood sugar.  I on the other hand did have time to grab a quick lunch, so I was not only overjoyed with our shopping venture, I was also feeling rather pleased with myself.
Then DH says: "after all that hard work, I hope you are going to make a fantastic dinner tonight".  What??  So I replied "don't I always make you fantastic dinners, 99.9% of the time"?  His reply was "welllll, ahem, yes,.. ahem, but I mean really fantastic".  To which I replied "oh, this means you want french fries or roasted potatoes".
Yup.  I think he would eat roasted potatoes or fries every day if I made them.  And did I mention, he also covets the gravy bowl?  Its true...I think he would drink it if he could!  My family has soon learned to grab some gravy if they want to get any at all!
So no rice tonight.  By the time we sat down to dinner it was now almost 7:00 p.m. which is late for us. I even forgot to steam the beautiful fresh asparagus we picked up!  DH did not mind,once he saw the roasted potatoes coming out of the oven, all crankiness was gone.  And so were the roasted potatoes.
This made a lot of sauce - but glad it did, another recipe is on the way!  If you cook four chicken breasts you will not have the extra sauce, but for two, this left a good 2 -2 1/2 cups of leftover sauce.
For the Roasted Tomatoes:
Preheat the oven to 350 degrees.
4 cups of chopped tomatoes (I used Roma tomatoes)
8-10 garlic cloves, skin on
a couple of sprigs of rosemary
juice of 1/2 a lemon
salt and pepper to taste
olive oil
To a roasting pan add all of the ingredients, then drizzle well with olive oil.  Toss to coat and bake for 1 hour stirring occasionally.  When cooled, squeeze out the garlic from the skins, and remove the woody stems from the rosemary.  Transfer to a food processor to blend until smooth.  If making ahead of time, refrigerate until needed.
2 bone in free range chicken breasts (mine were not bone in - but bone in gives way more flavor)
2 Tblsp. rendered bacon drippings
1/2 an onion, diced
Olive oil
1 cup of chicken stock
1/4 cup red wine
1 big tsp. minced fresh rosemary
1 Tblsp. minced fresh sage
5-6 crimini mushrooms, sliced
Heat up a pan on medium heat with a good drizzle of olive oil.  Season the chicken breasts with salt and pepper, placing into the hot pan.  Brown on each side, until golden, about 4 minutes per side. 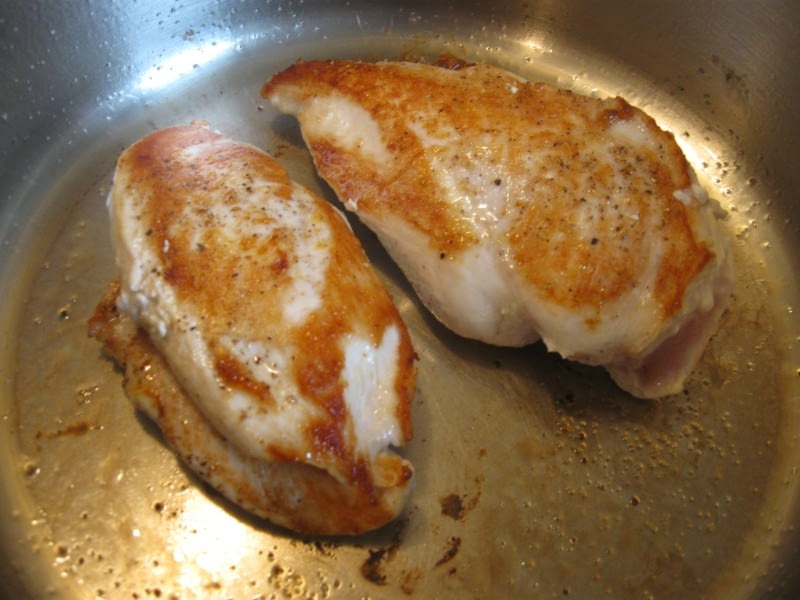 Remove the chicken to a plate and add in 2 Tblsp. rendered bacon drippings.  Once melted, add in the mushrooms, and saute until golden.  Then add in the diced onion, and minced herbs, sauteing until the onions are translucent.  Pour in the chicken stock, and red wine, season with salt and pepper, and bring to a simmer.

Continue to simmer, lid off, until reduced by half.  Then pour in the roasted tomato sauce, stirring to combine, and return the chicken to the pan.

Turn down to a low simmer, lid on, and cook for another 30-40 minutes, until the chicken breasts are cooked through.  Once cooked, place the chicken breasts onto a plate, and once again reduce the sauce, until it reaches a nice thickened consistency.  Return the chicken to the sauce then serve hot, with Roasted Yams and Potatoes or a nice rice pilaf.