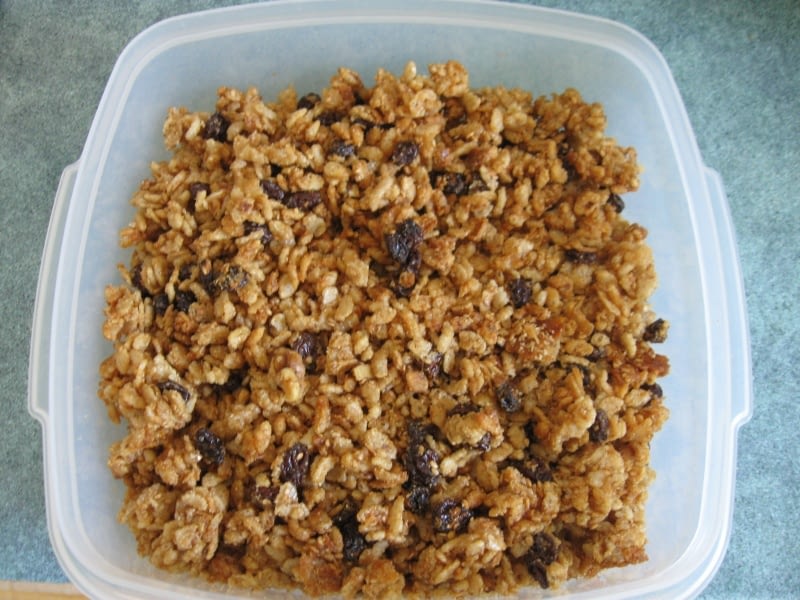 A friend gave me this gluten free recipe on a recipe card - it was actually for rice krispie bars.  I did change up the ingredients - if I can replace sugar and corn syrup in a recipe all the better.  But as a result the bars did not work.  So rather than throw away food, I decided to turn it into Granola...a happy accident!  I have made this recipe twice now - and also included 1/4 cup raw sunflower seeds in the second batch - we love it.
This is a versatile recipe in terms of dried fruit, nuts, and spices, here I used raisins and also added immune boosting Cinnamon and Ginger.  Plus the Almond Meal makes this granola more healthy and hearty.  Our new favorite Gluten Free Granola!  This recipe is also posted at Allergy Free Wed. - lots of great recipes there!
1/4 cup butter
2/3 cup honey
4 cups Gluten Free Brown Rice Krispies Cereal
1/2 cup chopped walnuts
1/2 cup unsweetened medium shredded coconut
2 Tblsp. dried Quinoa Flakes
1/4 cup roasted Sesame Seeds
1/2 cup Almond Meal
1 tsp. Cinnamon
1 tsp. Ginger
3/4 cup raisins
Preheat the oven to 250 degrees. 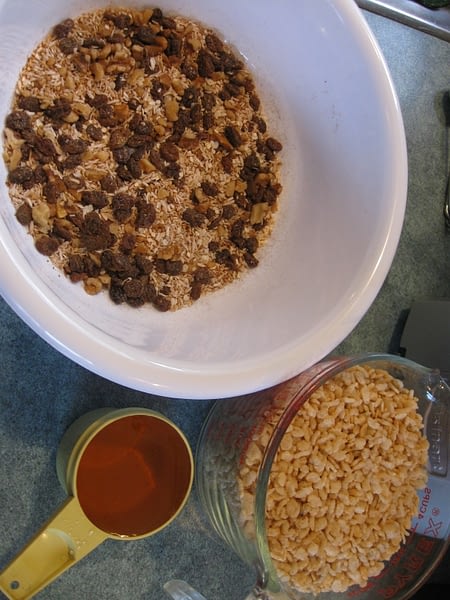 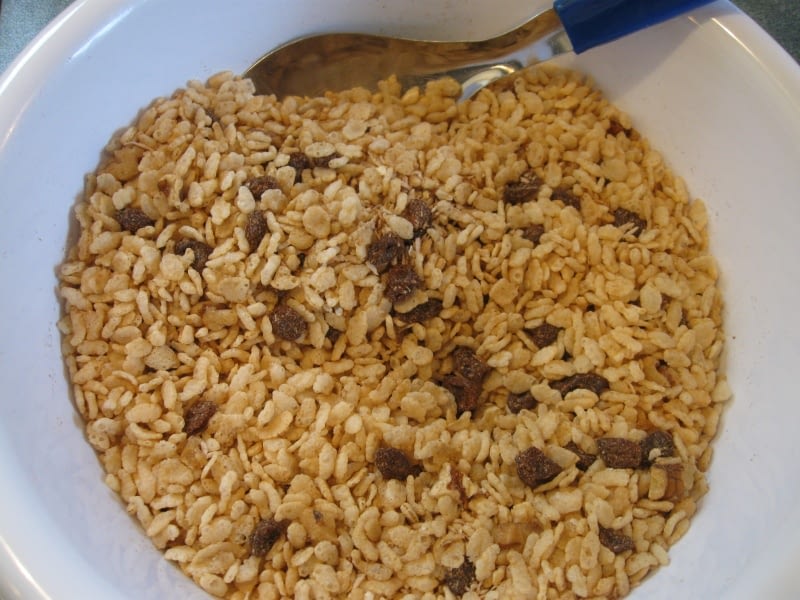 Using  a big pot or dutch oven, melt the butter on medium heat.  Add the honey and stir well to combine.
Remove from the heat, and add in the dried ingredients, mixing well and until incorporated.
Spread the mixture evenly onto the baking sheet, and bake for 1 hour, stirring the granola about every 15-20 minutes.

Allow to cool stirring occasionally and store in a tightly covered container.  We had this granola for over a week - still fresh and delicious!