THE BEST, YES, THE BEST HOT DOG I EVER ATE! 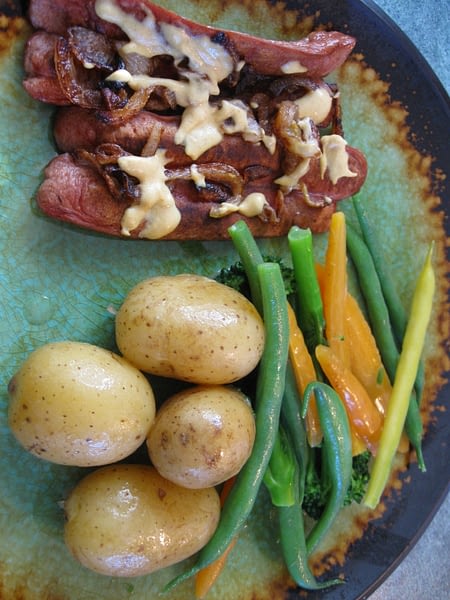 Never in a million years did I ever think about doing a post on the "Hot Dog".  Never.  But, there is a story here, there really, really is.
The very first time I tasted a hot dog, was on my 10th birthday.  My brother and I are one year apart, by a few days.  My parents had now lived in Canada for 11 years.  It was also our very first, and sadly, our last birthday party we would share.  My Mom had a hard time adjusting to "Canadian Living".  My Dad on the other hand, was very open to all things new.  So, to my Mother's credit, she decided we would share a "Canadian Birthday".  At this point, she still spoke Danish, with only the odd English word - to appease my Dad.  I can still remember us kids teasing her every time she said "three" for "tree".  She never did get that one - ever.
So now comes the big day.  My Mom was an amazing Gourmet Chef.  To this day I have only ever tasted one Chef's food that reminds me of my Mom's food.  We were so lucky to grow up in a home that offered gourmet food, classical music, reading and a European Culture, that was very different to what our lives were in Canada.  It was to become the best of both worlds...something I am so grateful for.
The day of the party, my brother and I were both allowed to invite our favorite friends.  As the birthday preparations were underway, Mom pulled out the "Hot Dogs"  I said "WHAT IS THAT?"  She said (in Danish)  "This is called a "HOT DOG", this is something Canadians eat on holiday, or birthdays".  I responded by saying "Is that real meat"?  She said she thought so, but if Canadians could eat Hot dogs, so could we.  Fine with me...I was just thrilled to be having a birthday party.  Then the best part came.  Even though my Mom was a Gourmet Chef, she proclaimed she could not bake.  So, So not true.  Out came the cake.  I can't even remember what kind of cake it was, but I remember it was divine.  Heavenly.
Now onto the party.  I vaguely remember my brother's friends.  Two of them do stand out however.  What I remember was them getting overzealous about the hot dogs.  Next thing we knew, after consuming many hotdogs, a number of them, mustard and all, were now plastered on the ceiling.  My Mother was appalled.  Needless to say, after cake was served, these two particular friends, were not invited to our home again.  Until, years later, it was about  6-7 years later, these boys and my brother were now in their teens.  Upon their arrival, we were all happy to see one another again, - we had all moved away to different parts of the Island and had lost touch.  My Mom?  She never forgot these boys.  Ohhh nooo.....did she let them have it?  You bet!  By now she could speak English, although somewhat broken, and with a few swear words to boot!  Well.  You never saw two more remorse, dejected teenage boys in your life.  Apologetic, polite, humbled, would be an understatement.  After that, they were the most respectful teenage boys to ever enter our home.  And the very best thing?  After all these years, they are still friends with my brother to this day.  So heartwarming!
Phew....now onto the hot dogs.  This is not a paid advertisement - I absolutely, in totality, just have to share something I love and this is it: 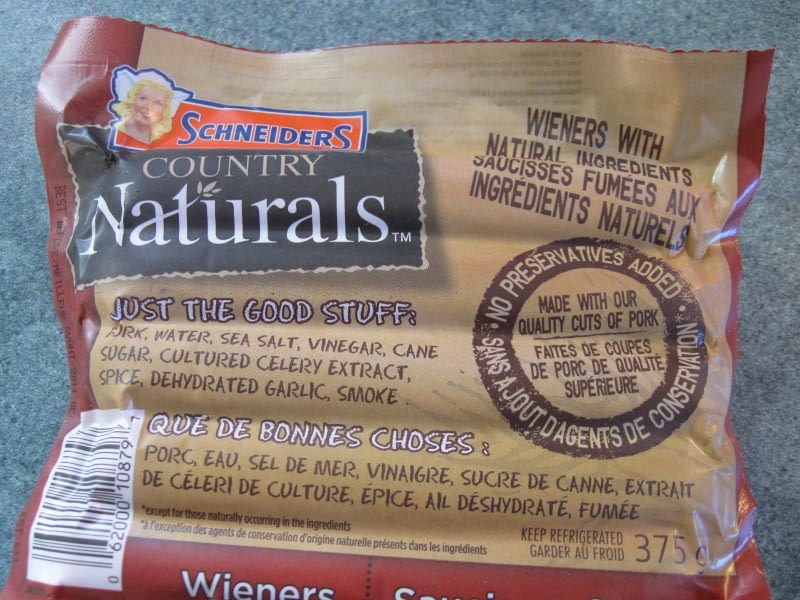 Dang these are good.  They taste real...like bacon.....like real fresh ingredients - which they contain!  I will never buy any other hot dog again...seriously, so, so, good!  I am having some more tomorrow, on a Udi's Gluten Free hot dog bun...and I can't wait....I think I might even want them for breakfast!   🙂